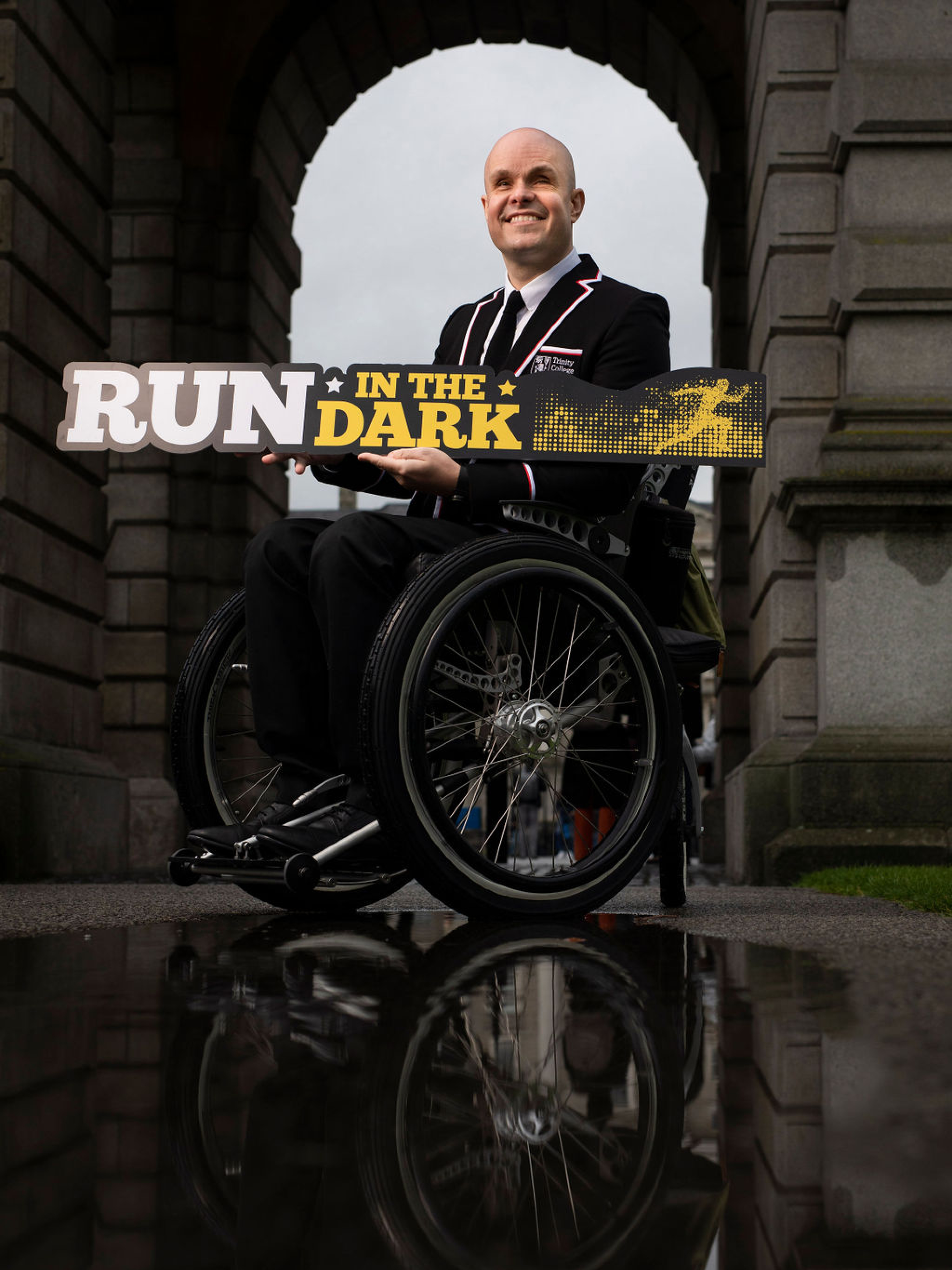 Trinity Sport brand ambassador, Mark Pollock today launched the 9th annual Run in the Dark event, taking place across Ireland and 50 cities worldwide on Wednesday, 13th November from 8pm. Trinity Sport was officially announced as the fitness partner to Run in the Dark.

Run in the Dark is the principal fundraiser of the Mark Pollock Trust. Unbroken by blindness in 1998, Trinity graduate Mark Pollock suffered a catastrophic spinal cord injury in 2010 that left him paralysed. As Mark strives to walk again, his most complex journey is ahead of him – to find a cure for paralysis. Run in the Dark is what allows Mark to pursue his personal mission and is calling on teams and individual runners to sign up to the 5k or 10k running event.

Commenting at the ‘Run in the Dark’ launch, Mark Pollock said, “My time as captain of the Trinity Rowing team is what first taught me the values of building resilience and collaboration. And, after I broke my back in 2010, it was my friends and former classmates from TCD who decided to set up a fundraising event to support me while I was in hospital. This event became the very first Run in the Dark which has now spread to 50 cities across the globe and sees 25,000 people take part each year. As Run in the Dark first began here in Trinity, I’m delighted to have Trinity Sport on board as our official fitness partner this year.”

Commenting on the Trinity Sport ambassador programme Mark said, “It is a huge honour to be asked to be involved in the Trinity Sport ambassador programme. Being involved in sports during my time in Trinity is what taught me how to win and lose, how to build resilience and how to be part of a team. I believe these skills not only matter in sports, but can be applied in business, science and life in general.”

The Run in the Dark event takes place on Wednesday, 13th November from 8pm, 25,000 people in 50 cities from Sydney to San Francisco will light up the night as part of a global movement to cure paralysis in our lifetime. The official Run in the Dark locations include Dublin, Cork, London and Belfast with smaller events also taking place in Athlone, Ballina, Donegal, Galway, Inch Beach, Kenmare, Kilkenny, Limerick and Wexford.

← 7 ways to maximise your training